I’m all out of words so let’s cut straight to the chase! First, make sure you didn’t miss Super Special #5, which was uploaded shortly before this was. Next, please forgive my half-assed trait cards. I’ve decided to omit LTWs in favour of a general direction in which each candidate might lead the legacy, because some of them are up in the air and others I’ve entirely forgotten. 😀

Without further ado, it’s time to pick your poison! (Yes, I’ve used that phrase before but it never becomes less appropriate.) 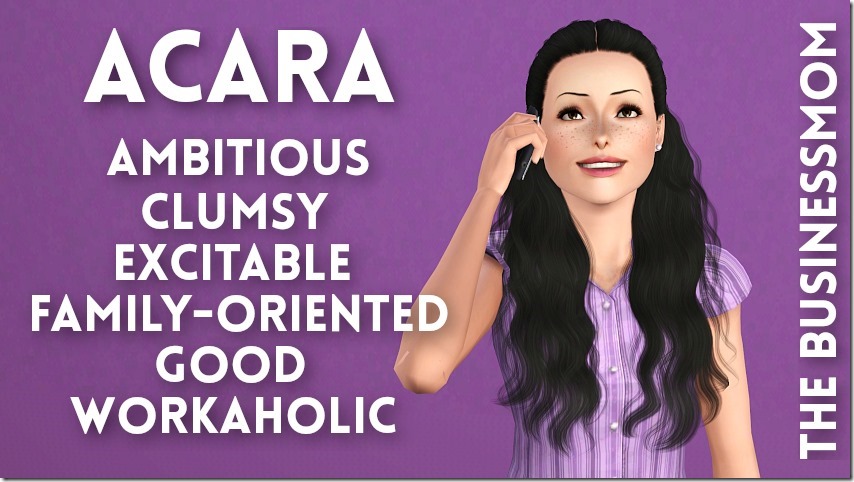 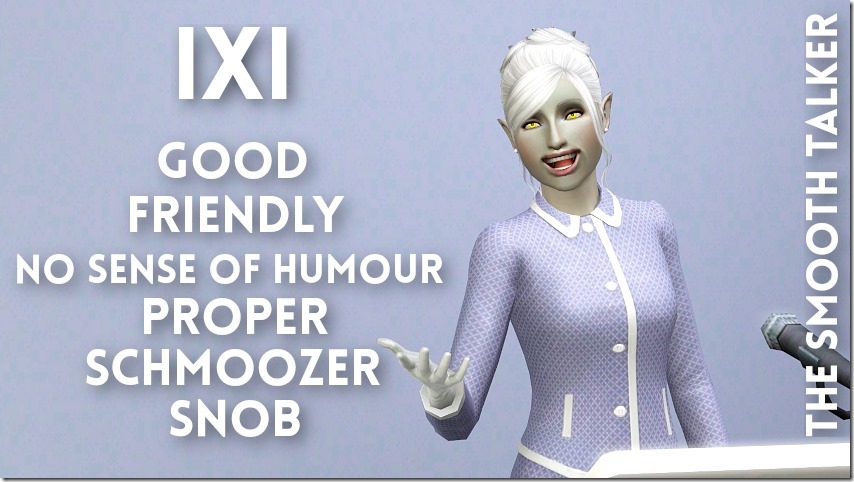 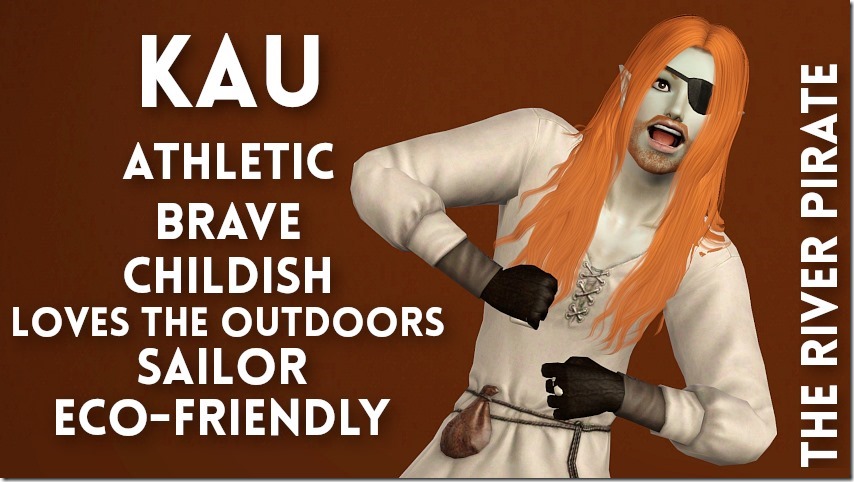 Feel free to drop a like/comment just to say you’ve voted! I’ll keep the poll up as long as it takes for all the regular readers to put in their two cents. Sadly I’ll be away from my computer for the rest of July and a good chunk of August, so I won’t be able to play for about a month anyway.

So take your time and think hard! It is a life-or-death decision, after all.

P.S. I’M SO SORRY GUYS. The first poll made it impossible for me to check the results, so I had to make a new one. If you voted before 8:30pm EST on July 23rd (which I know at least one person did) please vote again. D:

Everything after this is university, and I’m currently making hella efforts to condense all of that into 4-5 posts—but we all know that won’t happen.

I have ALSO decided that when I finally get back to gameplay, I’m going to restart from the end of university. I have several versions of the save I could jump back to, but I had an heir in mind when I played ahead, and I’m not sure how I feel anymore. I also want to know how you guys feel!

All that to say—optimistically, in 4-5 posts’ time, there will be an heir poll! AND THEN WE SHALL MOVE FORWARD AT LAST.

Previously, we saw a future in which Siesta Langurd was synonymous with failure, which sounds an awful lot like the present tbh. She sought to redeem herself with a legacy statue, and in the process, cobbled together a wondrous thing we call Pudley.

Siesta: Hey, you’re pretty cool. But how would you like to be aware that you’re cool?

Siesta: I have outdone myself.

Pudley is, for all intents and purposes, a newly built future-tech PlumBot with Sentience. And that means the future folk are gonna build a statue of his creator. Hey—I don’t make the rules.

END_OF_DOCUMENT_TOKEN_TO_BE_REPLACED

Hello, dear readers, and welcome to another dang chapter. The material I’m dealing with is now four years old, and I’m officially at the point where I look at a screenshot and go “HUH?” for twelve minutes before taking complete creative licence. Facts are lost to the netherworld, traits are forgotten, and townie names are only screencapped about 10% of the time.

That’s right. All Langurd content from here until Gen 8 is complete, unadulterated bullshit.

But what else is new?

Last time, in a scrappy little excuse for an update: Kougra stepped outside and got abducted; Ixi went skinnydipping with the robot who changed her diapers (lord help us); Acara’s musician boyfriend got jealous of her professional success; Siesta peed in the hot tub; and Tonu became a young adult. 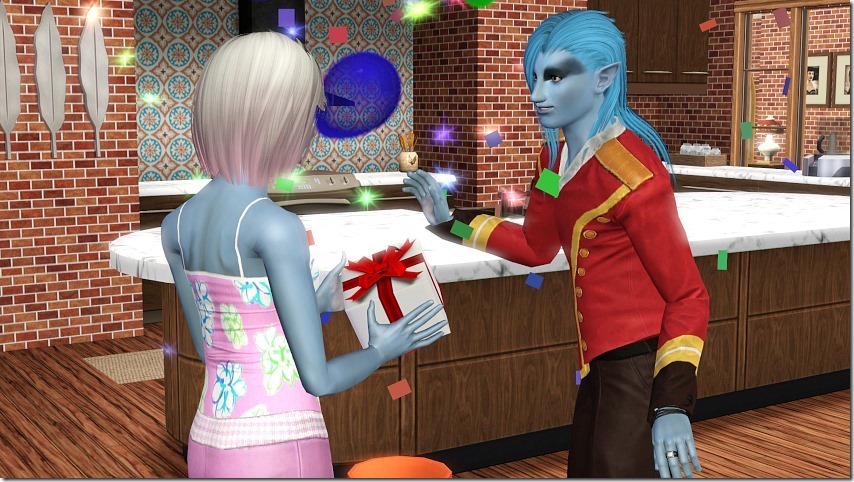 He swiftly joined the professional singer career, and now here we are.

Tonu: Shawty Imma party til the sun down

Kiko: I mean that’s like 8pm but you do you bro.

END_OF_DOCUMENT_TOKEN_TO_BE_REPLACED

Ahoy, mateys! Let us sail forth into uncharted waters, past that obvious Bokoblin camp on the hill and beyond this world to the place I know where I cannot go where I long to—

Hahahaha just kidding. We are good and stuck here ‘til the end of conceivable time! Can you tell I want to be literally anywhere that’s not Dragon Valley??

But anyway, welcome back! Previously, everyone hated the new butler. A grounded Kau resigned himself to the life of a landlubber. Kougra tried on many hats. Kyrii cured cancer and Tonu un-cured it. Ixi became a politician overnight, which is pretty standard these days. Acara was boring, and Kiko was the opposite but still did nothing worth mentioning. Names got you twisted? Have no fear! I have conveniently omitted five whole Langurds from this recap in the interest of simplicity!

Let us see what they’re all up to now.

END_OF_DOCUMENT_TOKEN_TO_BE_REPLACED

Welcome back—to yet another post that will undoubtedly disappear into the ridiculous blur of Generation Seven. I can’t imagine how you all feel trying to keep things straight, because I’m barely hanging on myself.

But most importantly, in a tragedy that rivaled losing the unicorn, we said goodbye to the greatest butler of all time. And no—June didn’t die. She just stopped doing her job and then vanished in a hallway.

Such is the circle of life.

Her (second) replacement is such a disappointment that I didn’t even bother to screencap her name.

Butler: Sweet, who made waffles?

Siesta: Evidently not you.

END_OF_DOCUMENT_TOKEN_TO_BE_REPLACED

Here we go. Let’s keep kicking the can that is this legacy!

Previously, Siesta decided that seven uniquely blossoming personalities were just too many, and shipped Ixi off to Snob School (her wish, not mine). 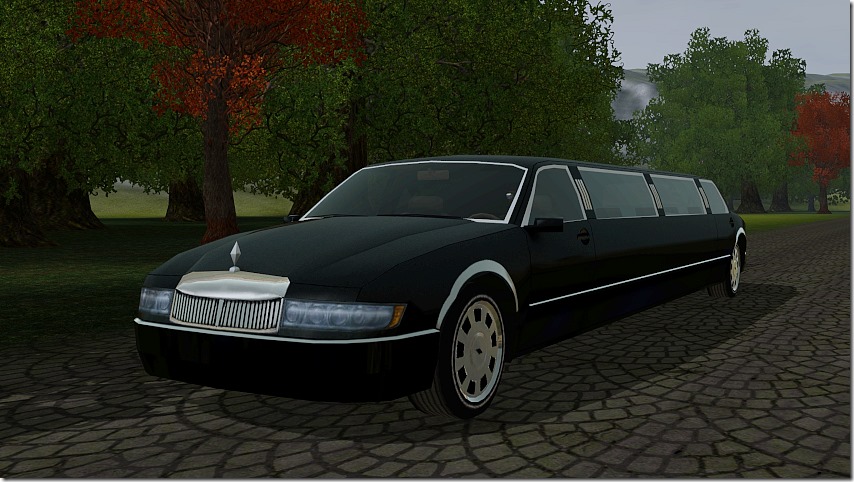 While I do not condone her choices, I too am overwhelmed by numbers – especially when you account for a cat, two robots, and the fact that she and Dusty are mentally five.

I decide that the easiest way to deal with this is to keep them all in one place. As in literally cram them into a singular vehicle. What could go wrong?

Kau: Are we there yet?

Acara: Obviously not. We haven’t even left.

Siesta: No! You stupid hunk of junk!

Kiko: Jeez Mom, why don’t you ship him off to boarding school too?

Dusty: Who went to boarding school?

Tonu: Another day tells the tale of flowers.

Kougra: *dying a slow death in a middle seat* END_OF_DOCUMENT_TOKEN_TO_BE_REPLACED

What up, Simming World? I am pleased to announce that, after 1,118 days abroad, I am finally back in Canada and reunited with my beautiful, wonderful, absolute hunk of a PC. ❤

He’s been carefully preserved in a carbonite slab garbage bag inside a room that, during the last three years, has accumulated far less dust than my lungs did in Seoul.

After a tentative foray into the game, I can confirm that my saves are (mostly) booting, my CC is intact, and my mods are not crying out for updates. Probably because NraaS stopped updating in like 2018, but I digress.

I am less pleased to announce that I still have like ten posts’ worth of old crap to slog through before I can actually do anything with those saves. Who had money on “Gryff renews contract TWICE and still doesn’t run out of content”? Most of you, I presume.

Previously, Siesta and Dusty’s quads aged out of puddinghood and into fully-fledged faces of their own. Allow me to reintroduce them.

Here we have Darth Maul…

…and a dolphin sprouting majestically from her butt.

END_OF_DOCUMENT_TOKEN_TO_BE_REPLACED

I told you these titles were going to start sounding dumb.

DO NOT FEAR! For this chapter does not actually have “no content,” just painfully little until the last few screenshots. So let’s cut to the meaningless drivel, eh?

Previously, there was a big Snowflake Day blowout (literally, the fireplace exploded) but ghost-Boa saved our butts with magic. Also, Siesta replaced Dudley’s Capacity to Love chip with Sinister Circuits—at least, I think she did. Try decoding thirty different screenshots of your sim holding a screwdriver suggestively in front of a robot, three years after playing the game and taking no notes. 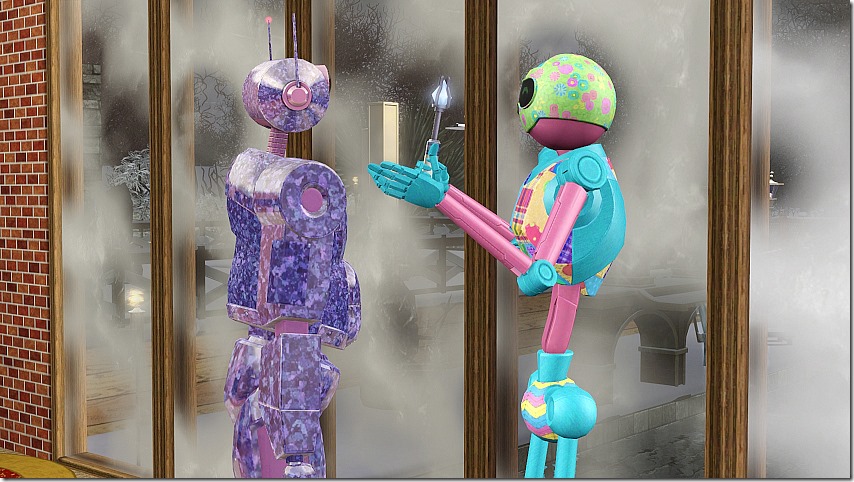 END_OF_DOCUMENT_TOKEN_TO_BE_REPLACED

And so we go where no Langurd has gone before—and probably much, much farther, but let’s take this one chapter at a time.

Previously, Tonu became a teen. I don’t remember his new trait, nor is it particularly relevant thanks to the constant fuckery of Unstable.

The only thing I can be sure of is that he definitely has a crush on Butler June.

Jeez Kau, what’s got your suspenders in a knot?

Kau: I just found out there are at least TWO empty beds in this house.

Kau: …and I’m SO happy to keep sleeping in my roof tent even though it’s winter. I love it SO MUCH.

END_OF_DOCUMENT_TOKEN_TO_BE_REPLACED

Here we are at last! The final chapter of—

You see, the previous longest Langurd generation finished at eighteen chapters. That was Gen. 4, when I sent the dweebs to university and did the dual heirship thing. The others have ranged from ten to sixteen, but it’s always an even number for some reason.

Today, we hit eighteen chapters on Gen. 7, and the amount of stuff that has yet to happen is ABSURD. I haven’t blocked anything out beyond 20, but my current guess is… 28? 30? And that’s just until I can post an heir poll.

The biggest worry is that this is the ONE generation where I can actually run out of chapter titles, because there is a finite number of the thing I’m basing them on. At the very least, they’re going to start sounding really dumb. I did NOT think this through, guys!

After witnessing Dusty’s tryst with his boss from across the street, Siesta stumbles out into the front yard with hot tub brain. Her gallivanting children are all trickling in just before curfew, so it’s bonding time.

Siesta: So that weather. It sure is weathery, huh?

Kiko: Mom, let’s be straight. Do you remember my name?