Everything after this is university, and I’m currently making hella efforts to condense all of that into 4-5 posts—but we all know that won’t happen.

I have ALSO decided that when I finally get back to gameplay, I’m going to restart from the end of university. I have several versions of the save I could jump back to, but I had an heir in mind when I played ahead, and I’m not sure how I feel anymore. I also want to know how you guys feel!

All that to say—optimistically, in 4-5 posts’ time, there will be an heir poll! AND THEN WE SHALL MOVE FORWARD AT LAST.

Previously, we saw a future in which Siesta Langurd was synonymous with failure, which sounds an awful lot like the present tbh. She sought to redeem herself with a legacy statue, and in the process, cobbled together a wondrous thing we call Pudley. 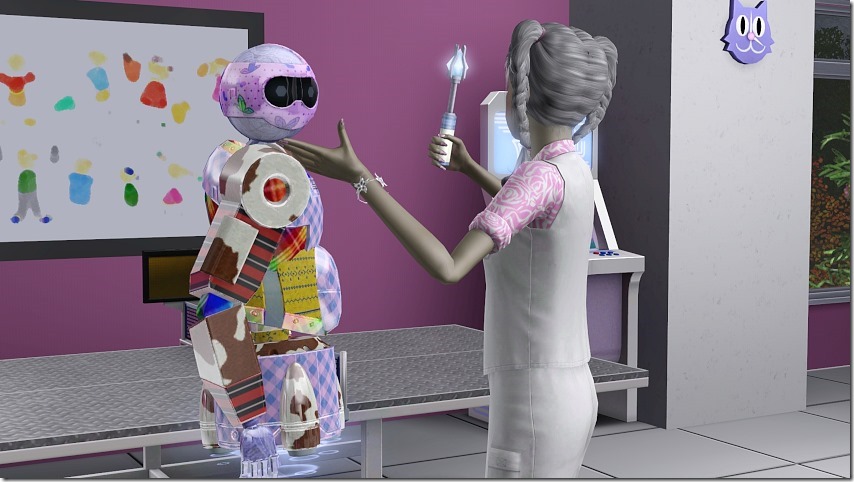 Siesta: Hey, you’re pretty cool. But how would you like to be aware that you’re cool?

Siesta: I have outdone myself.

Pudley is, for all intents and purposes, a newly built future-tech PlumBot with Sentience. And that means the future folk are gonna build a statue of his creator. Hey—I don’t make the rules.

END_OF_DOCUMENT_TOKEN_TO_BE_REPLACED

‘Sup dudes? I just discovered a whole folder of Story Progression/UI screencaps I’ve been forgetting to use. Just think of all that peripheral information going to waste… What is going on in the wide world? Did I even tell you Jada, Delilah, Dusty, Riza, or Duke’s traits? Probably not.

I subsequently discovered that the folder STOPS about two chapters from now and I have NO idea where the rest of it is. Maybe still on my computer in Canada, which is unplugged and wrapped in a garbage bag. Maybe on the flash drive I left at orientation in the Korean boonies. And do I remember any of Siesta’s kids’ traits? LOL absolutely not.

However, I have a day of cancelled classes (lucky 5th graders just left for camp), I’m equipped with snacks, and the school network is down. That leaves me no choice but to ignore all crises and trudge blindly ahead.

Besides, how could I rain on Dustiesta’s parade?

Dusty: I did it! I stuck it to my parents!

Dusty: Well, no. But I did ask Derrick for a divorce.